Our Team
| About Guilford Eye Center | Our Team

The practice was first founded in 1966 by Dr Gene Bates. Dr Bates operated his practice in a small house right on Friendly Avenue for years. Eventually he moved his office over to the Quaker Village Shopping Center and provided eye care to the community for over 35 years. In 2000, when Dr Bates was ready to retire and reduce his work schedule – Dr Wood bought the practice.

Drs. Sherman and Rhonda Thurmond moved to the Greensboro area in 1992 and operated an office at the former Carolina Circle Mall and another location on Friendly Avenue.

In 2001, Drs Wood and Thurmond decided it would be a great idea to merge their respective practices together in a manner to provide the best in eye care to the Guilford College community. In May 2017, we celebrated our 16th anniversary! 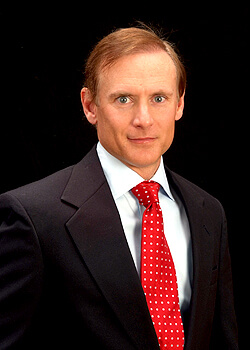 G. Sherman Thurmond II, OD
Dr. Sherman Thurmond is a native of Jacksonville, NC.  He attended the University of North Carolina Wilmington on a combined athletic and academic scholarship where he played varsity soccer.  He received a Bachelor of Science in Chemistry with Honors.  He completed his medical training at the Southern College of Optometry in 1989 followed by a residency in Ocular Pathology.

Dr. Thurmond and his wife started Thurmond Eye Associates in Greensboro in 1992 and merged that practice with Quaker Village Vision Center and Dr. Wood in 2001 when we moved to our current office location.

He holds membership in the American Optometric Association, North Carolina State Optometric Society and Triad Optometric Society where he is a Past President.  Dr. Thurmond is an avid triathlete and competes across the Southeastern United States.  He enjoys scuba diving, hunting, boating, dirt bike riding and spending time with his 4 children. 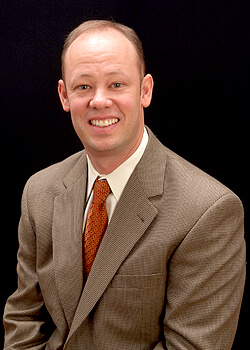 Craig Wood, OD
Dr. Wood is a native of Summerfield, NC.  He graduated from Northwest Guilford High School and then earned a Bachelor of Science degree in Biochemistry and a Bachelor of Arts Degree in Chemistry from North Carolina State University.  He graduated from Indiana University School of Optometry in 1997 with Honors. While at Indiana he earned membership in the International Optometric Honor Society Beta Sigma Kappa. Dr. Wood began private practice in 1997 in Kinston, NC and before returning to the Triad area in 1998.  In 2000, he purchased the optometric practice of Dr. Gene Bates located in the Guilford College area of Greensboro.  He has been active in the optometric profession having served as Clinical Examiner for the National Board of Optometry.  He has lectured to other doctors on eyecare and contact lens topics and has had articles published in several journals.  He has served as a consultant to multiple companies in the eyecare industry.  Locally, he served on the Guilford County Board of Health from 2004-2010 and was elected to serve as its Vice Chair for 2 years.  Dr. Wood is a member of the American Optometric Association , North Carolina State Optometric Society, and the Triad Optometric Society.  He is also a member and supporter of Prevent Blindness of North Carolina.

Serving the less fortunate is important to Dr. Wood.  He organized the creation of an eye clinic in Piedras Negras, Mexico and has returned several times to provide free eyecare for the local citizens.

Dr. Wood and his wife Jan have 2 children Mackenzie and Jacob who attend Wesleyan Christian Academy, and are active members of Cornerstone Baptist Church.

Rhonda S. Thurmond, OD
Dr. Rhonda Thurmond is originally from Kinston, NC.  She attended East Carolina University before receiving her Doctor of Optometry degree from Southern College of Optometry, where at age 23 she was the youngest graduate in school history.  She is a member of the Triad Optometric Society. She now practices part time and raises her 4 children.  She enjoys fitness training and interior design.